Bride to Be Chronicles: My Virtual Bridal Shower! 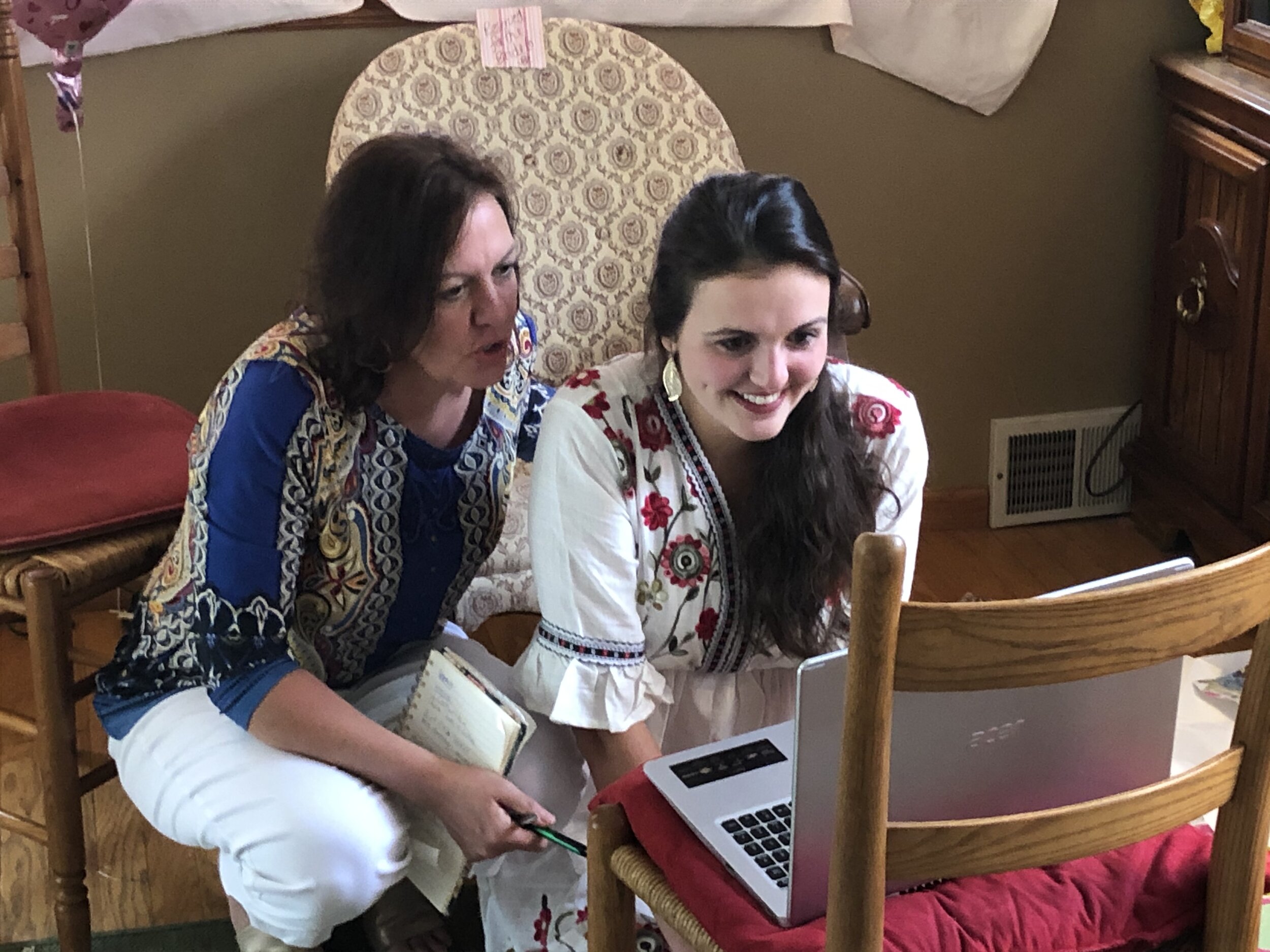 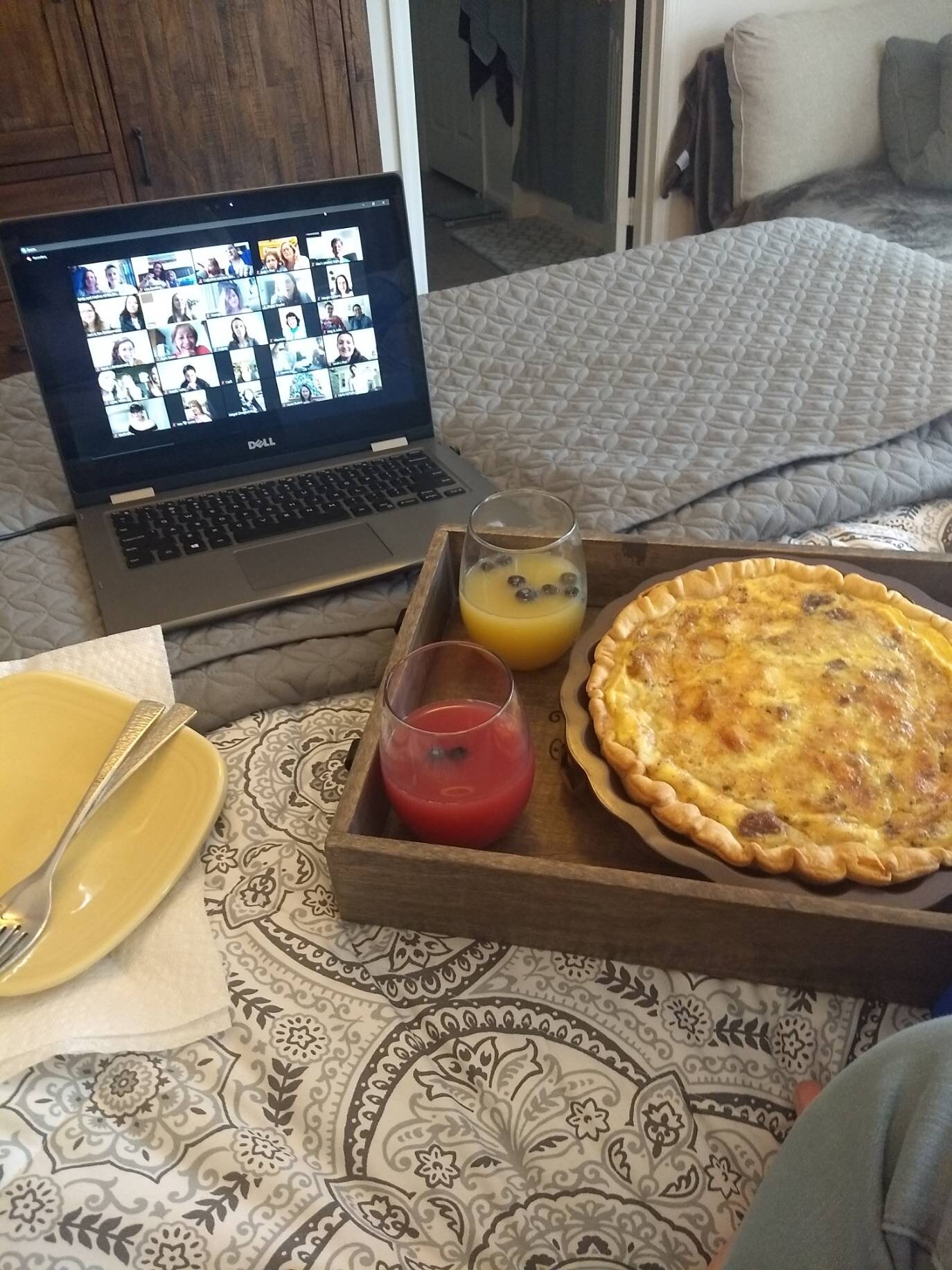 was mostly everyone able to attend virtually or by car?

Almost everyone was able to attend virtually; and even more people than would have been able to attend in person probably. We had people logged on from New Jersey, Florida, Georgia, Maryland, and Pennsylvania. It was such a blessing. We used an upgraded account on Zoom- it worked PERFECT. The basic free accounts allow up to 100 people for 40 mins and with the upgraded account you get unlimited time. I would encourage anyone looking to do this to just pay for the upgraded account (only the host of the event has to have this special account). It may cost a little money, but just like you would put money into a physical bridal shower, the extra time will make all the difference later. Trust me, my shower was about 1.5 hrs.

what was the best part about the day?

The absolute best part of the day by far was having everyone logged in and all having fun together. During these uncertain times it was such a great moral booster, and I felt so supported getting to see the faces of all the people I love together. These people mean the world to me, and I know while things are looking different for the moment, love transcends it all and that love certainly spilled over, even through a computer screen on the day of my shower.

What would you say to other brides in this same situation? I want to share with all the other brides out there, please embrace new and unique opportunities. I know many of us have felt a sense of loss, I certainly have at times, so it is even more important to try to look at certain situations in a positive way. If you are on the fence about making a virtual shower possible, go for it! I decided to approach it with a lot of enthusiasm with the lead of my maid of honor and I couldn’t be more thankful. She directed the shower, asked the bridesmaids and mothers to introduce themselves in the beginning so people knew who they were, asked everyone to mute their microphones so we did not have a ton of people talking over each other, and helped direct the flow. After introductions we played a game where people guessed who said what- people made a sign with paper and pen at home and held it up to the camera screen or used the chat feature on zoom to indicate their response. My MOH would ask a question and people would guess and keep track of how many questions they got right. It was a simple engaging game for everyone and the winner got a prize sent in the mail to them. Then I opened a few gifts in front of the camera (about 10) and we closed by playing one last game using Kahoot. My MOH created the game and was able to show the screen on her computer with a feature on zoom and people followed a provided link on their phones to guess along. The game works best when people are logged on to zoom through a computer or tablet, but could also just follow along for fun if using their phone. We played guess where this picture was taken of my fiancé and I since we love to travel and people loved it. It went super smooth and was a ton of fun.

My MOH had originally send out shower invitations she had created using Canva.com so when we made the switch to a virtual shower we edited the original invite to make it a virtual bridal shower, gave an ID for people to enter into zoom at a certain time to get on to my shower, and said BYOB- bring your own brunch, which was super cute and people really got into. It was perfect and we just texted people the picture of the new invitation. 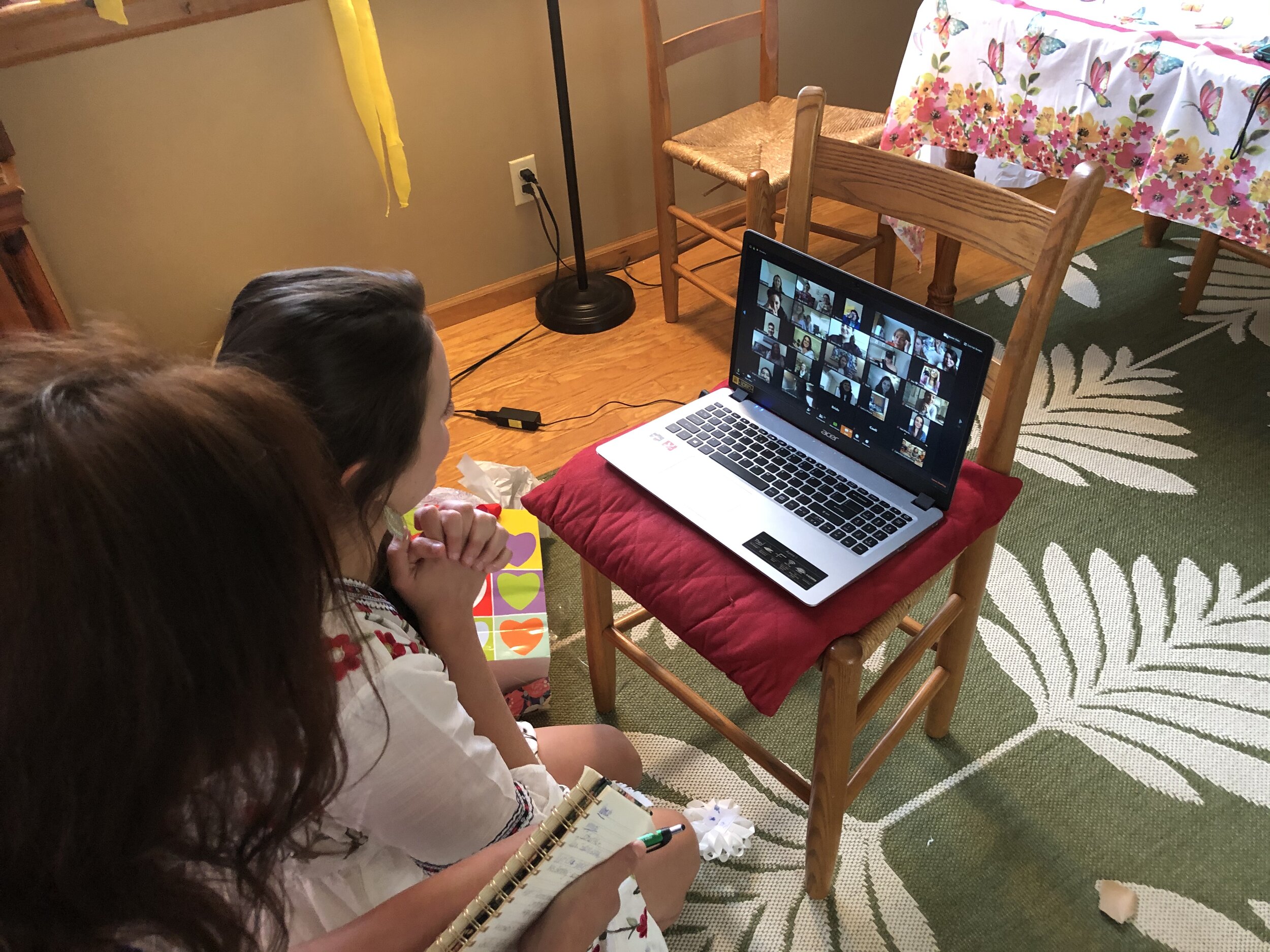 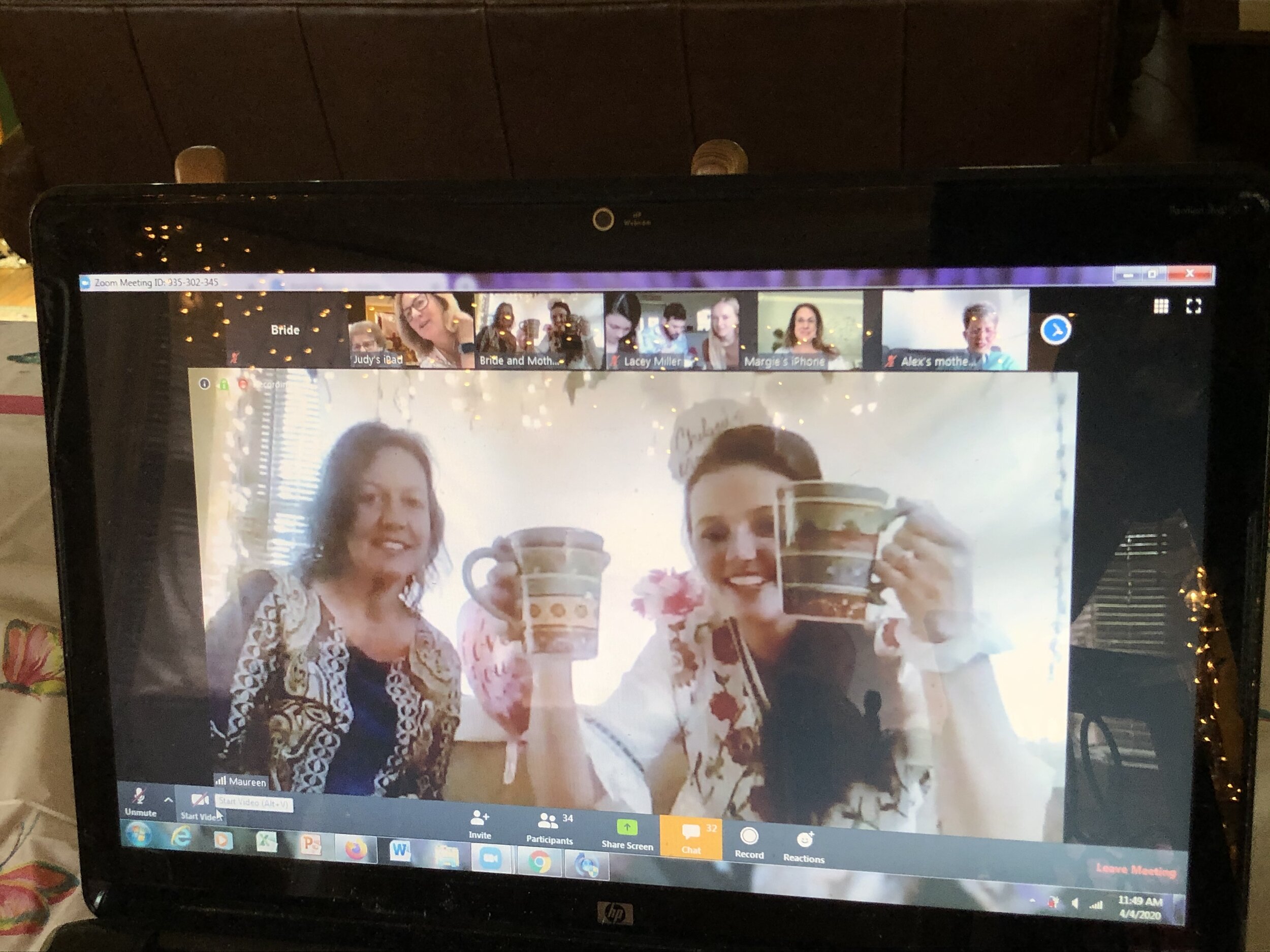 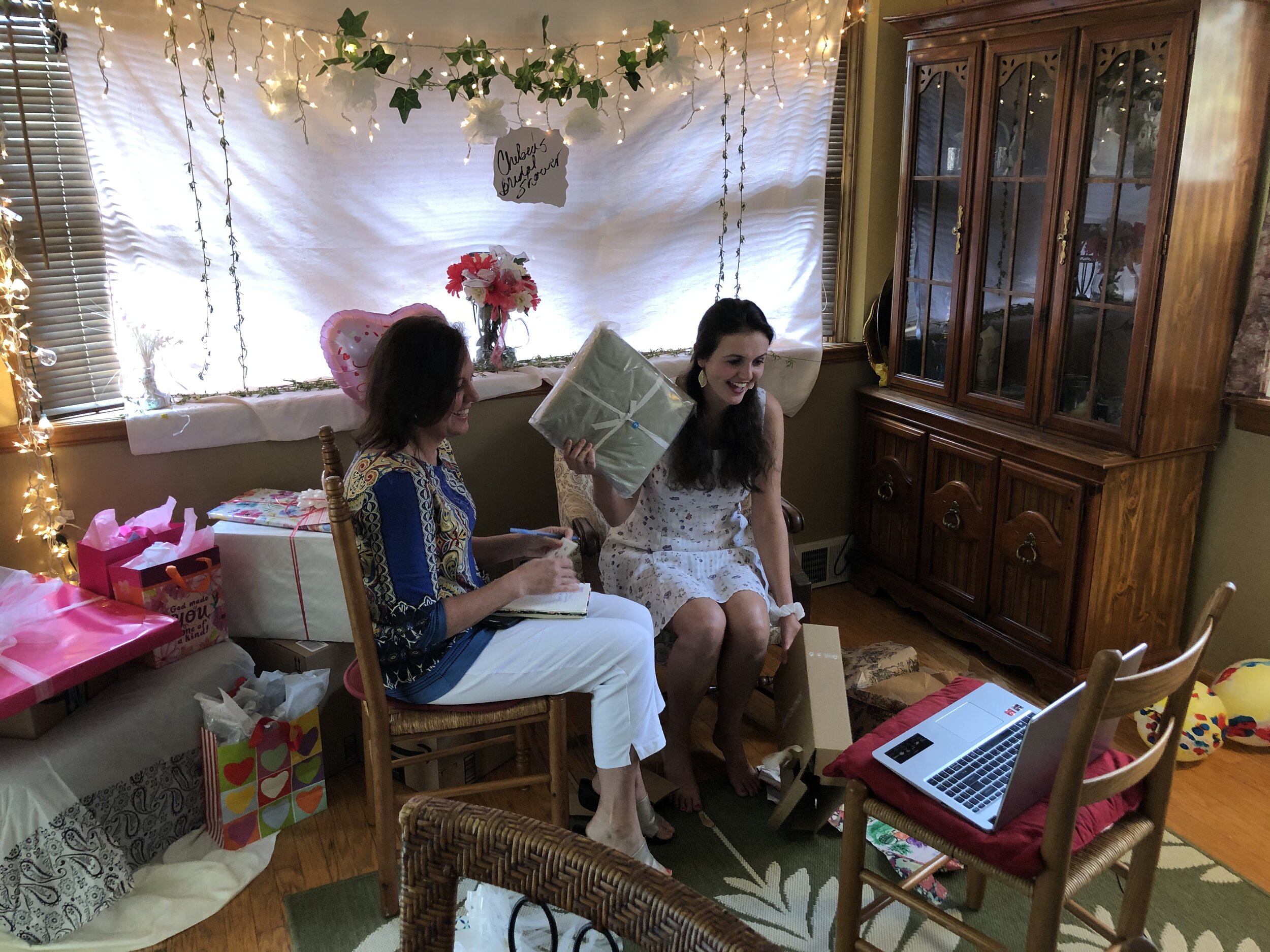 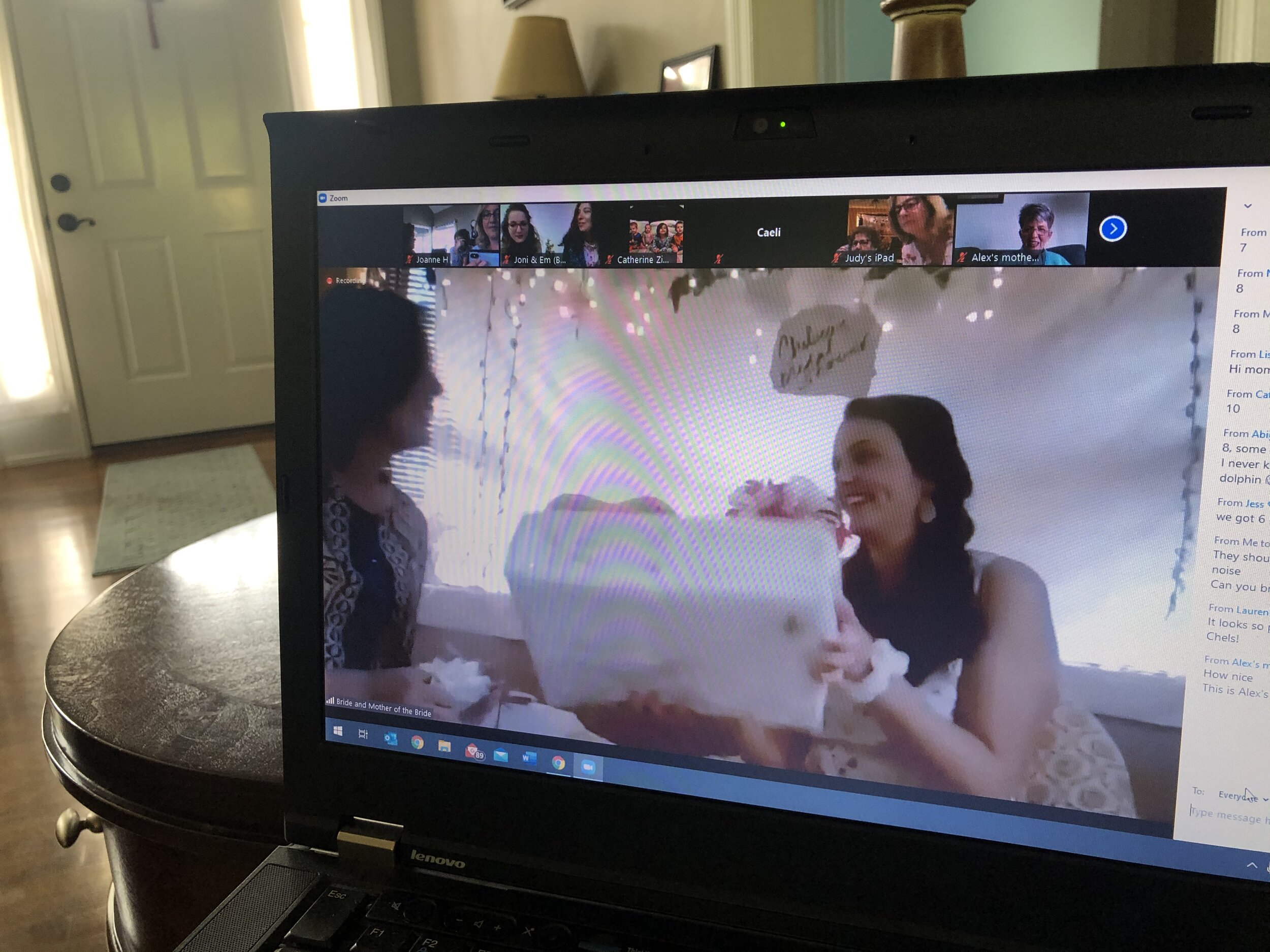